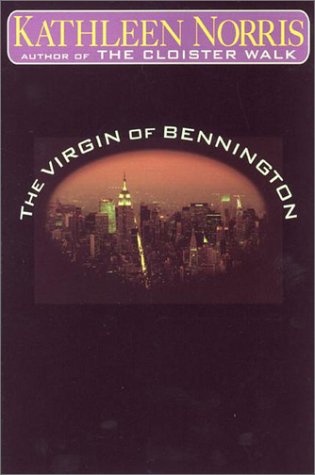 In this absorbing coming-of-age memoir by the author of and Norris appeals to every reader's struggle to achieve adulthood, both personally and professionally. She tells of her own transformation—via the New York art world of the 1960s and 1970s—from a homesick first-year college student to a well-known poet and writer living in South Dakota with a strong sense of literary mission. Like many of her Bennington classmates, Norris moved after college to New York City, where she felt much like "Nick Carraway [adapting]... to the dazzling but dangerous world of the East Coast." Norris landed a job as an assistant to Elizabeth Kray at the Academy of American Poets—the center of the poetry world—which provided her "an opportunity to attend poetry readings, night after night, for close to five years." While in New York, Norris came into contact with an entire host of famous figures, from the decadent folks at Warhol's Factory to some of the most highly respected poets of the day, like Denise Levertov, Stanley Kunitz and James Wright. While gaining an education in urbanity and sophistication that might have made another soul more cynical and self-destructive, Norris managed to maintain a certain appealing innocence and optimism, evident in her receptivity to new experiences and new people, and her hesitancy to judge others. This inner strength leads her eventually to sever her dependency on Manhattan. Norris writes with warmth, frankness and amazing vividness about formative moments and events in her life, many of which readers—especially those with artistic aspirations—will be able to identify with and to learn from.