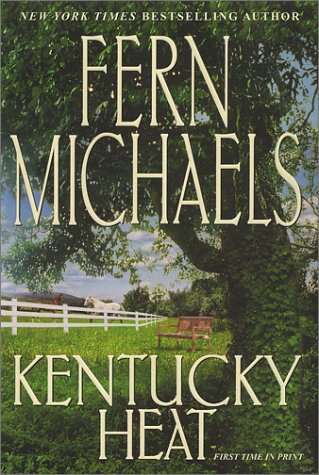 Building on the success of her Vegas and Texas series, Michaels () enlarges the Coleman and Thornton family legacies in her second novel set in bluegrass country. The indomitable Nealy Coleman Diamond Clay has her hands full: the foal that carries her hopes for the Triple Crown is born early while her grown children and helpmeets are away. When they return with news (her son has eloped with the family's cook and her daughter's husband abandoned her on a cruise) Nealy is furious—as far as she's concerned, they were due home a week ago. "The horses always [come] first," sighs daughter Emmie. The multiple catastrophes strain plausibility, but the stalwart Michaels, whose plots are chock-full of dramatic tension, knows how to pull off the impossible. Nealy meets her match in her late husband's former law partner, Hatch Littletree, a larger-than-life Native American whose physical magnitude and considerable wealth is matched by his big heart and largess. The internecine family feuds, present and past—not to mention the author's compulsion to fill in the blanks about the Thorntons and Colemans and their stormy histories—takes away from the larger story about the developing relationship between Nealy and Hatch, and her endeavors toward a second Triple Crown sweep. In addition, a subplot involving a potential movie about Nealy's life (introduced in a rambling prologue and inexplicably ignored for over 200 pages) fails miserably. The brisk narrative also goes awry when a sudden cataclysm following a thrilling race victory robs the climax of its punch, dragging out the final section of the book to its inevitable happy conclusion.