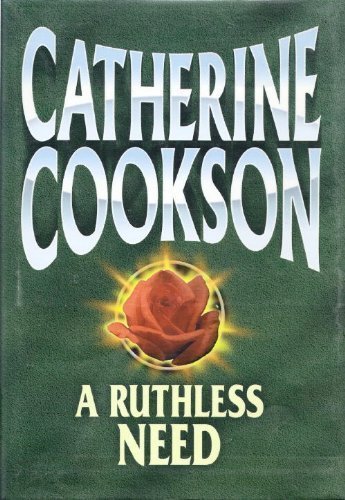 A handful of simple characters touched by tragedy are the protagonists of this moving WWII romance by the ever-popular Cookson, who died in 1998; this is the fourth of her books to be published posthumously in the U.S. by Center Point. On leave from the army in 1937, Sgt.-Maj. Geoff Fulton comes to the rescue of 14-year-old waif Lizzie Gillespie, quashing her stepmother's scheme to make a whore of her. Geoff, whose father manages a country estate belonging to the Bradford-Brown family in County Durham, arranges for Lizzie to work in the Fulton household, where his mother takes her into the family, teaching her skills and helping her to get an education. Lizzie makes rapid progress, growing into a beautiful and accomplished young woman, and it isn't long before Andrew Bradford-Brown, heir to the estate, notices her and pledges to marry her against his parents wishes. When tragedy prevents him from keeping his promise and leaves Lizzie in difficulties, she turns to Geoff, who, injured in battle, has returned home. Geoff lets her believe he will marry her, but meanwhile takes up with Janis, Andrew's sister and Geoff's first lover, who has just divorced her horribly battle-scarred husband, Richard. Through the tender, growing relationship between Richard and Lizzie, Cookson uses the emotional fallout from war to illustrate how sacrifice and challenge bring out the best and worst in people. In this beautifully unaffected story of triumph over hardship, the author shows that character and integrity cut across all social barriers.