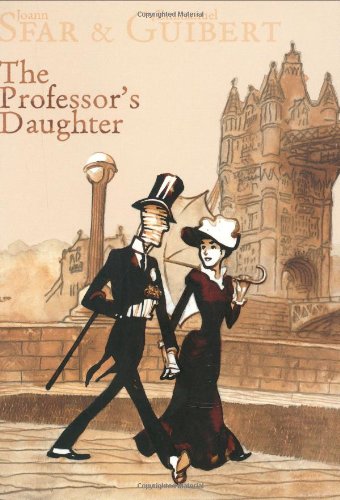 Two of France's best graphic novel talents, the ever-prolific Sfar and the subtle illustrator Guibert, collaborate. The result is a fun—if slight—effort, as much a love letter to Victorian London as a story unto itself. Very simply, a mummy, somehow alive and walking around London, has a charming romance with a professor's daughter. The logistical complications involved are comically dismissed, and the pair have a grand old time together. That is, until the mummy's father appears to complicate matters. Sfar has written an utterly engaging romp comparable to a fine 1930s romantic comedy. His dialogue is snappy, and he moves from thrills to chills to humor without missing a beat. The whole book is silly, and it seems to know it. But Guibert's work is the real treat. His deft brushwork and spectacular sense of color bring the places and dramas to life. In his hands, otherwise stock characters gain a real presence and liveliness, and he has a filmic sense of drama, describing the characters with detail and wit. A section of Guibert's sketches stashed at the end of the book is extraneous, but otherwise this is an excellent little volume.