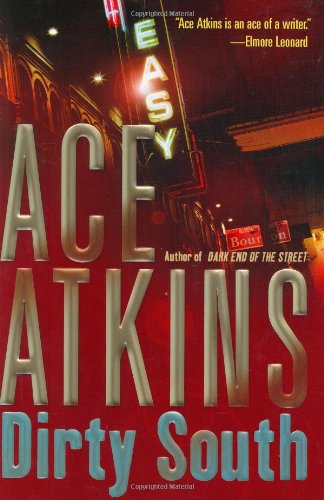 This richly atmospheric yet action-starved crime drama is the fourth installment in Atkins's New Orleans–based series featuring Nick Travers, a former professional football player turned amateur sleuth. Here, Travers agrees to help an old football teammate, now a wealthy music mogul, find nearly $1 million conned from one of his record labels' marquee stars, a 15-year-old rapper known only as ALIAS. Travers meets with ALIAS, but the brooding, self-involved punk is either too embarrassed to say how he got swindled or may have something more to protect than just his pride. Prowling the seedy side of New Orleans, Travers rubs up against social extremes—rival record producers, street urchins, old athletes and wealthy agents who make sport of separating entertainment stars from their money. In the process, Travers attracts a long list of enemies, several of whom make it openly known that he'd best butt out if he knows what's good for him. Atkins ( ) writes with the same lean prose and descriptive acumen that earned him praise for earlier efforts. Yet the plot of his latest is thin, sluggish and confusing (exactly who is the corpse-like figure who tries to kill Travers on two separate occasions?). Fans of the Delta blues will appreciate Atkins's inarguably deep musical knowledge—Travers teaches blues history at Tulane in his spare time—yet those looking for a good yarn may find themselves hopelessly tangled by the end.