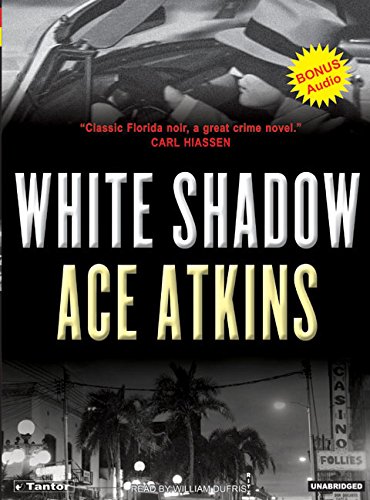 One of the major achievements of Atkins's fictional account of the murder of former mob boss Charlie Wall, the White Shadow of the title, is his mesmerizing recreation of the steamy, dangerous, pulsating city of Tampa, Fla., circa 1955. Surprisingly, Dufris, a veteran of more than 250 audiobooks, selects a straightforward, unaccented and bland approach to the atmosphere-rich novel. The book's protagonist and narrator, reporter L.B. Turner, referred to as a "Virginian," has a New England burr rather than an Old South slur. When it comes to Mafia and Cuban gangsters, Dufris rises to the occasion with an assortment of properly gruff and/or Latin accents. The audio package improves on the novel with a bonus disk, where Atkins eloquently outlines the events that triggered his interest in a nearly 50-year-old murder and offers anecdotes about his research. Just as fascinating are his interviews with former newsmen Bob Turner and Leland Hawes and retired detective Ellis Clifton, men whose voices and memories, presumably recorded during the last few years, seem as vital as they were back in the day.