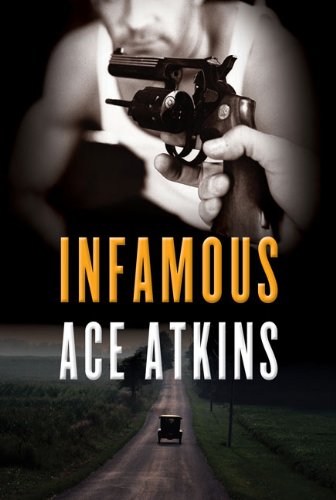 Set in 1933, Atkins's winning fourth history-based novel focuses on two figures who, as the author explains in an introduction, have been undeservedly “lost in the shuffle of Depression-era gangsters”: George Kelly, who ironically gets saddled with the nickname “Machine Gun,” and his wife, Kathryn. The fast-moving narrative spans a three-month period, starting with a fatal ambush in a parking lot outside Kansas City's Union Station in which hoods gun down several lawmen and the prisoner they were about to drive to Leavenworth. This massacre leads to the FBI obtaining the authority to make arrests and carry weapons. The bulk of the action concerns the Kellys' kidnapping of Charles Urschel, a wealthy Oklahoma oilman, and its aftermath. Atkins ( ) brings to vivid life the henpecked George and the bloodthirsty Kathryn as he convincingly conjures up a past era. Not just for crime fans, this should appeal to a wide readership.