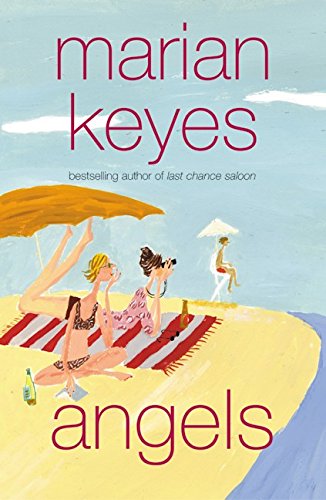 Thirty-three-year-old Brit Margaret ("Maggie") Walsh is going through a "bad patch": she's drunk her contact lenses for "the third time in six weeks"; she's lost her job; and her nine-year marriage to Garv is over. Thus begins Keyes's enormously entertaining fifth novel. She resurrects the "maintenance-level dysfunctional" Walsh family: sisters Claire (), Rachel (), Helen and Anna, plus a befuddled dad and hyper-as-a-hummingbird mum. Maggie, however, is the "good" sister, so it is especially shameful when she must slink back home. She tends to the "mourning sickness" over her failed marriage, which Keyes describes with surprising depth and verisimilitude, and begins fantasizing about what might have been with her first love, Shay Delaney. Accepting an invitation from her best friend, Emily, a struggling screenwriter, Maggie visits L.A., the mecca of reinvention. She decides to trade in her "plain yogurt" persona for that of bad girl and takes an oft-bumpy walk on the wild side, with results that are riotously and embarrassingly silly. Amid her drunken nights and poor flirting choices, she throws herself into the glittering cesspool of La-la-land: acting as Emily's assistant, she witnesses the superficial frivolity and vicious fickleness of the entertainment business. Keyes's observations may be familiar (on aura reading, fake boobs, sadistic eyebrow groomers, the dependence of social status on cars), but her cleverly hilarious approach, especially as a foreigner, keep them fresh. Although this is unquestionably a fun read, Keyes refrains from turning it into fluff and delivers a well-rounded story. Her themes of love and redemption coupled with her familiar, best-friend tone have made her wildly popular in the U.K. and, like her latest novel, should ensure her a Hollywood ending in the U.S. as well.