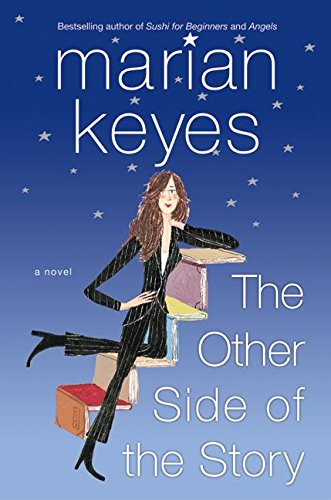 THE OTHER SIDE OF THE STORY

Ever wondered what the Other Woman was thinking as she stole your man? Couldn't bear to ask an old best friend if she'd ever forgiven you for absconding with her boyfriend? Itched to be a fly on your agent's office wall as she ignored your calls? Here's voyeurism at its playful, charming finest in Keyes's latest (after ; ; etc.). Gemma Hogan is living a lovely carefree life in Dublin when her father walks out on her mother, and she is summoned to play mom to her mom. But the magic of e-mail allows her to vent her woes to a friend in Seattle, who finds them hilarious enough to send to a top London agent, JoJo Harvey. JoJo, who is half Jessica Rabbit and half corporate powerhouse, likes Gemma's work but has bigger fish to fry—she is having a tormented affair with her married boss; her slimy co-worker is trying to beat her out for a coveted partner position; and her famed client Lily Wright, who wrote a gorgeous little cheerful fable that sold hundreds of thousands of copies, can't seem to get it together to write another book. Lily, in turn, is struggling with young motherhood, catastrophic finances and the paralyzing guilt of stealing her now-husband Anton from her former best friend, one Gemma Hogan. Keyes skillfully ties her interlocking plots together with grace and humor, and explores three disparate but gloriously real women's lives. It's a credit to Keyes that although she never exactly breaks new ground, she always serves up funny, heartwarming, believable fiction.