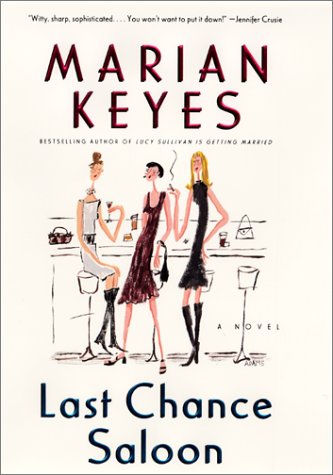 Imagine Bridget Jones in a Jacobean revenge drama, a sort of —that's the flavor of this entry in the urban unmarried female angst sweepstakes. This time, the protagonists are two London women who grew up together in the small, repressive Irish town of Knockavoy. Tara, a computer analyst, lives with Thomas, a bitter and miserly high school geography teacher. Afraid to live on her own, she is willing to overlook the fact that Thomas ignores her birthday, constantly monitors her eating habits and insults her friends under the guise of being "honest." Katherine Casey, an accountant for an advertising agency, wears boring suits, has a hyperorganized underwear drawer and brushes off all advances, including those of attractive advertising account executive Joe Roth. As they turn 31, each woman is full of suggestions for improving the other's life and full of excuses for doing nothing about her own. That begins to change when Fintan O'Grady, their gay pal and fellow Knockavoy refugee, falls ill with a mysterious disease. As their paths are crisscrossed by a self-centered Irish actor named Lorcan Larkin, Fintan emotionally blackmails Tara and Katherine into making long-needed changes. Keyes () effectively describes the young women's searches for autonomy and love, but her flippant, arch tone is less effective when recounting the more grim stories of Fintan and Lorcan. In addition, some of the repartee, perhaps fresh when the book was originally published in Great Britain in 1999, already seems shopworn. The Knockavoy refugees are a sympathetic trio, however, and their deftly plotted saga is likely to appeal to fellow singletons.