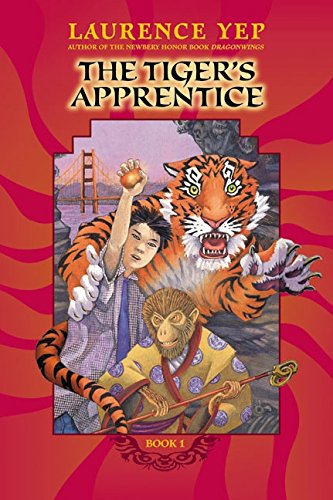 "A very few must protect the many, and with no thanks for their efforts." An ominous portent for an eighth grade boy, but that's the lesson at the heart of this original fairy tale, in which Yep () once again successfully mixes fantasy and Chinese history. Tom Lee lives with his elderly grandmother, Mistress Lee, in a house filled with arcane signs and mirrors with trigrams. She has been teaching her grandson the philosophy of the Lore, but Tom soon discovers just how much power his Grandmom holds as a Guardian. The day he comes home to find Mr. Hu, a shapeshifting tiger who once studied under Mistress Lee, dark forces attack, seeking a magical artifact. Tom's Grandmom is killed, and he and the tiger must seek out the evil Vatten; the villain has stolen a fabled phoenix egg and is trying to force it to hatch. Mr. Hu gathers two other admirers of Mistress Lee: the dragon Mistral and mischievous Monkey. An intriguing side story tells how Monkey led a rebellion against Heaven itself, and stole magical peaches that give eternal life. Small touches like these, combined with nuggets of wisdom ("Magic that forces someone to change taints itself. It poisons the heart of the user," Hu explains to Tom) and often elegant prose (Mistral's "scarred scales were black as chips of night") endow this tale, the first in a trilogy, with a sense of wonder. Ages 10-up.