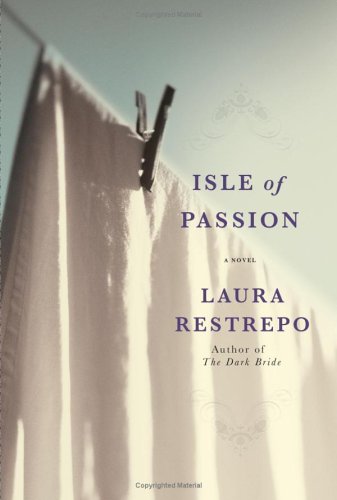 In 1908, Ramón Arnaud, a young Mexican military officer with a spotty record, is named governor of the small Pacific island of Clipperton—an isolated atoll originally dubbed "Isle of Passion" by Magellen. He, his young wife, Alicia, and a retinue of soldiers and their families—including assistant lieutenant Cardona, and his wife, Tirsa—establish a makeshift garrison and settlement, along with a small group of British guano miners. After several relatively idyllic months, Mexico's revolution and WWI leave them largely cut off from supplies and the world at large. When a powerful hurricane and tsunami wipe out most of the settlement, the group must band together to survive, and the disasters are only beginning. As a mentality sets in, Alicia and Tirsa are left, or so they think, to lead the remaining women and children. Colombian novelist Restrepo ( ), basing the narrative on a true story, writes from the perspective of an unnamed journalist living in the present and trying to piece together the Clipperton mystery via conflicting reports and interviews with survivors. As translated by Koch, she pulls the various elements together with a clear, no-nonsense cartographer's precision, and the result is smooth sailing indeed, à la Jennifer Vanderbes's .