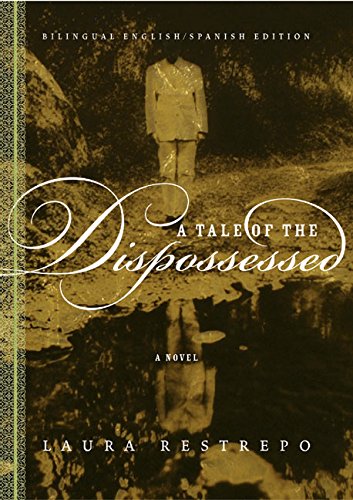 A TALE OF THE DISPOSSESSED

This slim volume offers Spanish and English versions of a novella about an encounter between strangers amid political chaos. et in Tora, Colombia (where Restrepo's was set), during a war, the work has a timeless, open quality that could situate it almost anywhere in time and place. Readers learn, through the perspective of a nameless narrator who works at a convent sheltering "the displaced," about the mysterious man Three Sevens, a new arrival at the refuge. Three Sevens is desperate to locate Matilde Lina, the laundress who rescued and raised him, from whom he was forcibly separated as a teenager during the Little War. The narrator, offering him room and board, falls in love with him, but must compete with his Oedipal attachment to Matilde Lina ("The world tastes of her," he says). Thus begins a spare but symbolic love story, a modern-day fairy tale with Freudian trimmings. Restrepo, a journalist, activist and academic, employs a singular, accessible voice that melds her political sensibilities with hints of magical realism. The author has been lauded by Gabriel García Márquez, and this book will fit snugly into the canon of modern Latin American literature. Even as it describes violence and fear, it shimmers with an almost innocent charm and a quiet lyricism. .