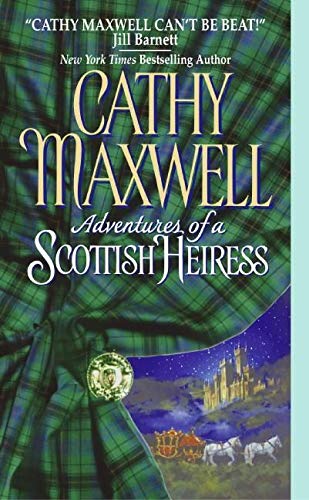 ADVENTURES OF A SCOTTISH HEIRESS

As the title of Maxwell's newest Regency-era romance (following ) accurately proclaims, this spirited and tender yarn is a joyride that careens from adventure to adventure. When the wealthiest man in London asks bare-knuckle fighter Ian Campion to retrieve his "kidnapped" daughter, Ian devotes himself to the task. The down-on-his-luck Irishman, who is the sole breadwinner for his two sisters and their children, longs to move his family from the London slums to America, and retrieving a runaway heiress seems like an easy way to earn some much needed cash. But when Ian catches up with Lyssa Harrell in Scotland, an attempt on the redhead's life forces the pair on the run—without a chaperone. As disasters pile up in their wake, Lyssa keeps Ian off balance with her endearing combination of reckless bravery and optimism. Meanwhile, plainspoken Ian, who's so unlike pampered society men, earns Lyssa's respect and affection. Maxwell strikes a perfect balance between screwball action and introspection, letting Ian and Lyssa grow up even as they grow on one another. Readers who have enjoyed the works of Julia Quinn and Victoria Alexander shouldn't miss this winsome tale. ()