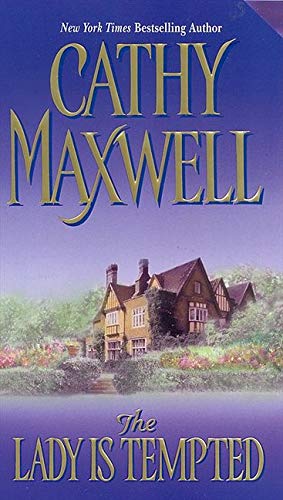 THE LADY IS TEMPTED

In this heartwarming, if uneven, Regency-era romance from Maxwell (), readers must traverse a hasty open where duels and marriage proposals take place in a few sentences. Before long, however, exotic and demure Deborah Percival fills the page. At 27, she's widow to a man more than 30 years her senior, to whom she was married by her penniless family for practical reasons. Deb suspects there's something to marriage which she has missed out on, but she doesn't think she'll find what she's looking for in Parson Ames, the man the town matchmaker believes she should marry. Enter Anthony Aldercy, the wealthy fifth earl of Burnell, who has been shunned by society for his father's scandalous suicide. Deb meets Anthony in an inn on her way to visit her half-sister, Lizbet, and their instant attraction quickly leads them to bed, despite the fact that Anthony is engaged to London's debutante of the season. Although Anthony is taken with Deb, his honor won't allow him to break his engagement. Instead he offers her a position as his mistress. Insulted, Deb takes off, but the two meet and become intimate again in London only to face the same dilemma as before—his honor or their love? Maxwell's prose is simple, unlike her characters, whose many motivations and conflicting emotions make for a lively and surprising read.