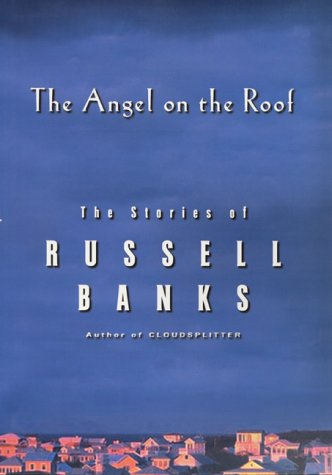 The Angel on the Roof: The Stories of

Two-thirds of the 32 stories in this magnificent collection have appeared before, in the four volumes of short fiction Banks has published over the past 25 years; all, including nine new ones, were chosen by the author as representative of work that ""did not on rereading make me cringe."" Banks is a born short story writer and confesses he loves the form; in many of the entries here, the impact is all the more powerful for the intense concentration he brings to bear on the desperate lives he so often chooses to chronicle. The best of these tales, many of them set in the sad New Hampshire trailer park that was the basis for an entire collection of linked tales, tell of the anguish of parents and children moving apart, of husbands and wives and lovers facing the grim certainty that nothing in their relationships is going to change or improve. ""The Burden,"" about a man's despairing break with his no-good son; ""Quality Time,"" about a daughter realizing she has finally moved away from her father; ""Firewood,"" about a couple trapped by ruined expectations; and ""Queen for a Day,"" about a small boy's efforts to cheer up his failing mother, are almost unbearably poignant, unflinching glimpses into the dark recesses of life, illuminated by Banks's unfailing compassion and steady eye and ear. These stories, like his wintry northern landscapes, are deeply lived in. Yet Banks can be equally evocative of exotic corners of the world, as in ""Djinn"" and ""The Fish,"" mysterious fables set in Africa and India. Only in such flights as ""Indisposed,"" an imagining of William Hogarth's wife, or ""With Che in New Hampshire,"" in which he mixes myth and actuality, does Banks seem on more tentative ground. But most of the stories strike home swiftly and surely, reminding a reader again and again of the amplitude of the form in the hands of a master. (June)
close
Details