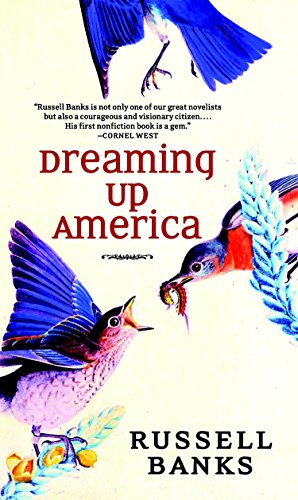 Two years ago, novelist Banks was interviewed by French television for a documentary about American history. His testimony so impressed Banks's French publisher that he made a book out of his remarks, translated into French, co-released with the documentary. Now Banks's words have returned stateside. Unfortunately, they do not travel well. Letting a gifted storyteller like Banks have a go at telling the story of America isn't a bad idea—his voice is appealing, and the brevity and scope of his tale are bracing. As condensed histories go, this is a good one. Banks creates a clear and simple dynamic, identifying three original dreams—for profit, for religious freedom, for eternal youth—that have struggled within our body politic throughout our history. His text, however, betrays a dogmatic agenda—left of center, antiwar and self-righteous—undermining the simplicity that might otherwise be a virtue. Fuzzy generalizations like “Americans have always believed in the almost spiritual beauty of machinery” give way to harsh indictments of presidents Wilson, Reagan and the Bushes, as the charming historical survey turns shrill (“Rockefeller didn't believe in the American dream, but everyone who worked for him did”). Banks is eloquent here, but in a sense perhaps unintended, he's dreaming.