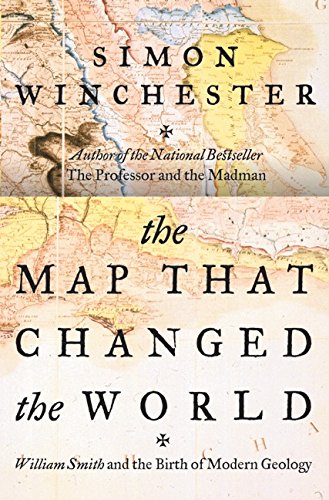 THE MAP THAT CHANGED THE WORLD: William Smith and the Birth of Modern Geology

Winchester, whose previous effort was the bestseller The Professor and the Madman, tells the remarkable story of William Smith, whose geologically correct map of England and Wales, dated 1815, became the bedrock for the modern science of geology. Winchester's strength is his ability to meld into compelling narrative a host of literary conventions, such as foreshadowing and fictionalized, internal dialogue. With descriptive contemporary visitations to places significant to the story and well-chosen historical detail, he makes immediate not only the magnitude and elegance of Smith's accomplishment, but also the thrill of each of the moments of genius necessary to reach his ultimate conclusion. But intellectual discovery is only half this story. Winchester writes with verve and conviction when relating the class and cultural wars that enveloped Smith soon after the publication of his map. It was plagiarized, stolen through the intrigues and machinations of George Bellas Greenough, an immensely wealthy gentleman and a founding member of the Geological Society of London, which, in a spectacular embrace of injustice, initially denied Smith membership. After a brief incarceration in debtor's prison, Smith left London and its scientific circles, not returning until his reputation was resurrected years later, when he became the first recipient of the Wollastan Medal, geology's Nobel Prize. Smith's life provides a terrific plot to frame his contribution to science. Winchester's wonderful account does credit to it. 60 illus. not seen by