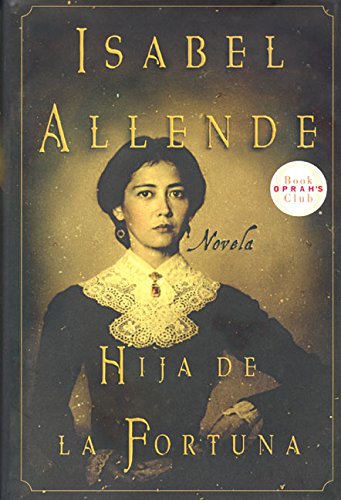 Allende expands her geographical boundaries in this sprawling, engrossing historical novel flavored by four cultures--English, Chilean, Chinese and American--and set during the 1849 California Gold Rush. The alluring tale begins in Valpara so, Chile, with young Eliza Sommers, who was left as a baby on the doorstep of wealthy British importers Miss Rose Sommers and her prim brother, Jeremy. Now a 16-year-old, and newly pregnant, Eliza decides to follow her lover, fiery clerk Joaqu n Andieta, when he leaves for California to make his fortune in the gold rush. Enlisting the unlikely aid of Tao Chi'en, a Chinese shipboard cook, she stows away on a ship bound for San Francisco. Tao Chi'en's own story--richly textured and expansively told--begins when he is born into a peasant family and sold into slavery, where it is his good fortune to be trained as a master of acupuncture. Years later, while tending to a sailor in colonial Hong Kong, he is shanghaied and forced into service at sea. During the voyage with Eliza, Tao nurses her through a miscarriage. When they disembark, Eliza is disguised as a boy, and she spends the next four years in male attire so she may travel freely and safely. Eliza's search for Joaqu n (rumored to have become an outlaw) is disappointing, but through an eye-opening stint as a pianist in a traveling brothel and through her charged friendship with Tao, now a sought-after healer and champion of enslaved Chinese prostitutes, Eliza finds freedom, fulfillment and maturity. Effortlessly weaving in historical background, Allende (House of the Spirits; Paula) evokes in pungent prose the great melting pot of early California and the colorful societies of Valpara so and Canton. A gallery of secondary characters, developed early on, prove pivotal to the plot. In a book of this scope, the narrative is inevitably top-heavy in spots, and the plot wears thin toward the end, but this is storytelling at its most seductive, a brash historical adventure. Major ad/promo; BOMC dual main selection; 11-city author tour. (Oct.) FYI: This book will also be released in a HarperLibros Spanish edition, Hija del la Fortuna (ISBN 0-06-019492-8).
close
Details