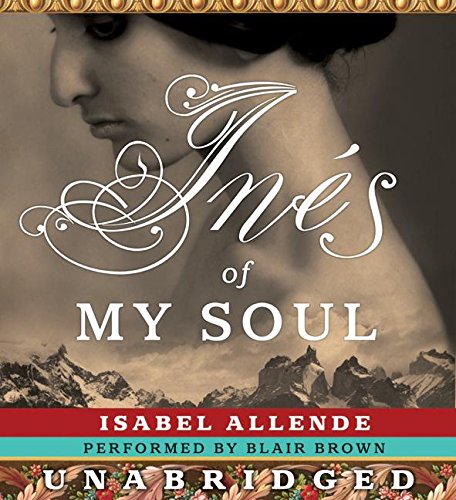 Brown has created something of a cottage industry in performing Isabel Allende's novels. And it's no wonder that she's chosen for these meaty roles: the Emmy-winning actress brings a pitch-perfect sensibility to Allende's lyrical prose and wild, almost charmed, settings. In this case, Allende turns from magical realism to historical reality in embroidering the story of Inés Suarez (1507–1580), the spirited conquistadora who helped found the nation of Chile. Brown not only captures Inés's fortitude and determination but also her humor. She keeps the pacing relatively quick despite the novel's length and does justice to the impressive array of characters, although some of the soldiers' voices are less distinctive than those of the comparatively few female characters. Brown's intonation, with its softened consonants and beautiful, rounded accent, can transport listeners to a different time and place, and her pronunciation of Spanish words is dead-on. Each disc sets the mood with the music of—what else?—Spanish guitar. This audiobook is a meaty empanada filled with delights.