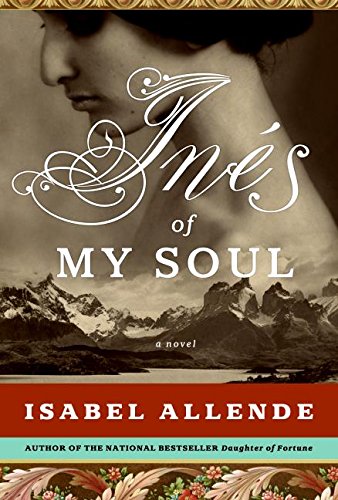 Only months after the inauguration of Chile's first female president, Allende recounts in her usual sweeping style the grand tale of Doña Inés Suárez (1507– 1580), arguably the country's founding mother. Writing in the year of her death, Inés tells of her modest girlhood in Spain and traveling to the New World as a young wife to find her missing husband, Juan. Upon learning of Juan's humiliating death in battle, Inés determines to stay in the fledgling colony of Peru, where she falls fervently in love with Don Pedro de Valdivia, loyal field marshal of Francisco Pizarro. The two lovers aim to found a new society based on Christian and egalitarian principles that Valdivia later finds hard to reconcile with his personal desire for glory. Inés proves herself not only a capable helpmate and a worthy cofounder of a nation, but also a ferocious fighter who both captivates and frightens her fellow settlers. Inés narrates with a clear eye and a sensitivity to native peoples that rarely lapses into anachronistic political correctness. Basing the tale on documented events of her heroine's life, Allende crafts a swift, thrilling epic, packed with fierce battles and passionate romance.