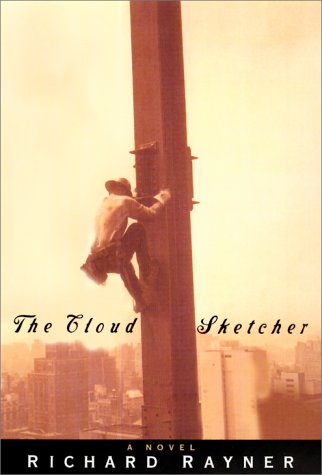 Taking early skyscrapers' unlikely assault on the heavens as its central metaphor, this transatlantic Great Expectations of the jazz-age '20s spins a captivating, if somewhat improbable, tale of a disfigured Finnish boy's life quest for fame as an architect and his elusive true love. In 1901, three events shape 11-year-old Esko's future. He is burned and blinded in one eye in a fire. News reaches Esko's remote Finnish village of the country's first elevator--an invention that immediately captures the boy's imagination. Then months later at the village fair, he meets and falls in love with a beautiful Russian girl, Katerina Malysheva, the unattainable daughter of the czar-appointed provincial governor. The years find Esko pursuing his dream as a draftsman in Helsinki, and Katerina engaged to Esko's best friend and colleague, Klaus. Surviving the Bolshevik revolution and Finland's own bloody civil war, Esko emigrates in 1922 to New York, where he works as a riveter on skyscrapers and saves the life of Paul Mantilini, who later becomes a powerful bootlegger. Esko gains an entr e into New York's architectural world through a newspaper design contest and learns that Katerina is gaining fame in that city as a photographer. When he finally finds Katerina again, Esko has achieved a measure of professional success, but she is engaged to Manhattan blueblood Andrew MacCormick, who offers to finance the building of Esko's skyscraper. After he is arrested for MacCormick's murder, Esko seeks help from his gangster friend. Ultimately, Esko must put a price on his dreams, personal loyalties, honor and life. While the broad strokes of the story have often been seen before, Rayner (whose memoir, The Blue Suit, was widely praised) vividly captures details of Finnish culture, history and landscape and the developing architectural aesthetic of the age. This is an old-fashioned novel in the best sense: full of incident and passion, presenting a slice of history and relating a gripping story. (Feb. 11) Forecast: The generally unfamiliar territory of this novel should be an enticement to readers searching for a new fictional landscape. In addition, Rayner may flash on readers' radar screens as the author of Los Angeles Without a Map, which was made into a movie with Johnny Depp, and Murder Book, soon to be filmed by John Malkovich. Its confidence in this book's breakthrough potential--backed by a 6-city author tour--has inspired HarperCollins to sign Rayner to write a sequel. Foreign rights have been sold in France, Germany and Finland.
close
Details