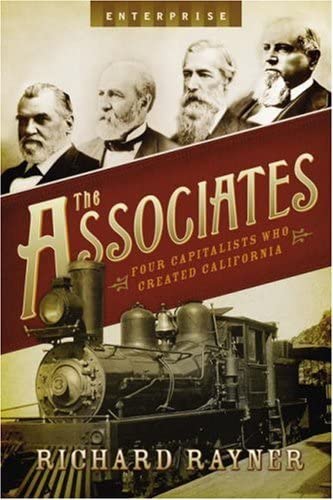 Novelist and nonfiction author Rayner (The Devil’s Wind) provides a first-rate look at the little-known story behind the creation of America’s first continental railroad—the story of Collis Huntington, Charles Crocker, Mark Hopkins and Leland Stanford, founder of the university that bears his name. The associates were unscrupulous, savvy profiteers, whose motives were driven solely by a lust for riches and whose success usually came at the expense of others. After usurping engineer Theodore Judah’s campaign to connect the Atlantic with the Pacific, the foursome capitalized on anti-Chinese sentiment, hiring desperate Chinese to do hazardous work in inhumane conditions for substandard wages. They later sanctioned murder yet successfully painted themselves as philanthropists thanks to the journalists and historians in their pockets. Amid a story of greed and ruthlessness, Rayner offers a fascinating glimpse into the growth of the U.S., illustrating how these determined if ruthless men revolutionized transportation and greatly influenced the expansion of California. The author claims their business acumen “defined the nature of the modern corporation,” and their legacies live on in a library, a university, art galleries and museums. Entertaining and well written, Rayner’s book will appeal to readers interested in history as well as business. (Jan.)