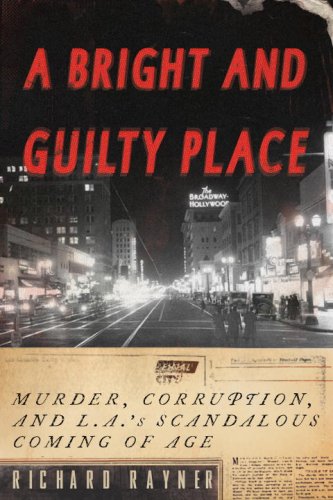 In his unfocused history of crime-ridden Los Angeles in the 1920s, nonfiction writer and novelist Rayner ( ) touches on too many scandals—and scandalous characters—to make his account coherent. Leslie White, the young and idealistic DA's investigator (and, later, pulp fiction writer) seems like the only honest man in town, especially compared with the likes of promising prosecutor-turned-murder-suspect Dave Clark. Before the Depression hit, L.A. was swimming in wealth, not only from the burgeoning Hollywood studios but also from the oil boom. White saw firsthand how deep the city's corruption ran, from organized crime boss Charlie Crawford's “System,” whose tentacles reached the highest echelons of politics and law enforcement, to the press, always ravenous for another sensational story, a “circulation-boosting crusade.” Crawford's brutal murder in 1931 and star prosecutor Clark's emergence as the prime suspect is only one of the tales Rayner touches on in his chaotic chronicle of the city. Despite cameos by familiar faces—including noir master Raymond Chandler—readers may be overwhelmed by the onslaught of details, intriguing as they might be.