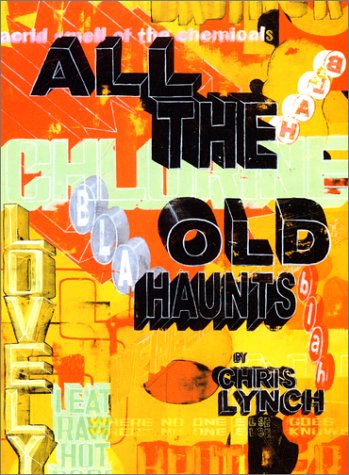 ALL THE OLD HAUNTS

The "old haunts" in each of Lynch's () 10 short stories will not only linger with his characters but with readers as well. The author once again excels in describing family bonds; he opens with an especially well-drawn portrayal of a father-son relationship altered by the alcoholic father's recovery in "Foghorn." As teenage Caesar laments the loss of his formerly drunken dad's directness and blustery ways, he also finds a way to regain some of what he most loved about the man. The chilling "Womb to Tomb" describes the dynamics of two brothers joined in a twisted power play that drives their parents and sister out of the house. The standout selection, "Horror Vacui," involves the shifting relationship between a teen and his two neighbors, with whom he completed a tight threesome until the pair becomes romantically involved and leave him out. The narrator describes his growing body as a prison as he attempts to accept the situation ("It's nobody's fault. Nobody owes anybody any apologies," he reiterates). "Off Ya Go, So," published earlier this year (in , ed. by Gordon Snell), resembles Hemingway's "Hills Like White Elephants" in theme, sophistication and the mounting tension between two lovers—a Bostonian on holiday who falls in love with an Irish girl. A few of the pieces don't adhere to Lynch's usual smooth pacing, but there's something here for everyone. Ages 13-up.