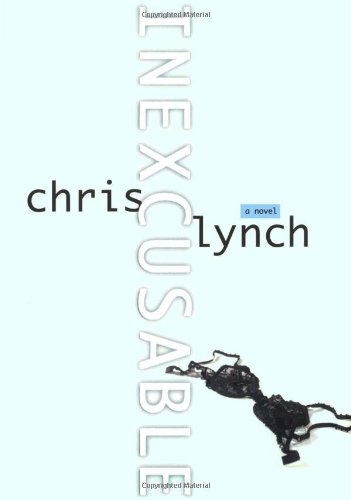 High school senior Keir Sarafian may remind Lynch fans of Earl Pryor, the narrator of . Though more intelligent than Earl, Keir is also an unreliable narrator, whose reporting belies to readers the unintended results of his ungainly strength and impulsive actions. As the novel opens, something horrible has happened: "The way it looks is not the way it is. Gigi Boudakian is screaming at me so fearsomely." Intervening chapters in flashback trace how Keir and Gigi, who were childhood friends, arrived at this moment, which readers soon gather is a date rape from Gigi's perspective, and a natural progression of shared intimacy from Keir's viewpoint. Lynch plunges readers into Keir's psyche in a way that makes him almost sympathetic, if frightening. On the football field earlier in the school year, Keir tackled a receiver and crippled him, but in his mind, he was only doing what he was trained to do (the opponents "were getting too comfortable. Too lazy, spoiled, entitled.... It is inexcusable"). Later in the novel, when he learns that his older sisters (he "talks about [them]... like [they were] angels") simply boycotted his graduation (not absent due to exams, as they had said), his world crumbles. With his portrait of Keir, Lynch makes it nearly impossible for readers to see the world in black-and-white terms. This book is guaranteed to prompt heated discussion. Ages 13-up.