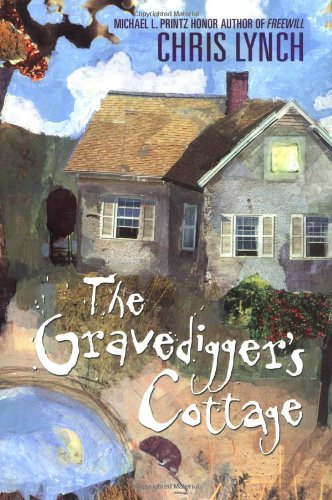 "We won't dwell on that now," says narrator Vi McLuckie's dad whenever she tries to talk to him about any of their family's numerous bereavements, which include two Mrs. McLuckies as well as an extensive parade of pets. His refrain serves as the guiding metaphor of this idiosyncratic novel: Mr. McLuckie, having watched Vi bury so many pets in their yard, decides literally not to dwell on that property anymore, and moves the family to a cottage in a coastal village. The novel opens as 14-year-old Vi and her 10-year-old brother, Walter, discover that their new home is locally known as the Gravedigger's Cottage, aka The Diggers, for reasons that no one can fully explain to them. "The house just attracts people who have, sort of, histories of attached to them," says a girl, who adds, "You don't move into The Diggers, it moves into you." Writing in the sharp, evocative prose and overcast mood of his , Lynch alternates the story line about the move into The Diggers with Vi's recollections of the deaths in the McLuckie family, starting with those of Vi's mother and of Walter's mother, then growing more graphic in descriptions of run-over pet dogs, starved and dehydrated finches, mysteriously shriveling turtles, suffocated gray dwarf Russian hamsters, etc. The link between these passages and the message, about the impossibility of escaping from an unexamined past, never becomes explicit, and readers may have trouble seeing beyond the many disconcerting (if not downright unpleasant) death scenes to discover the point. Ages 12-up.