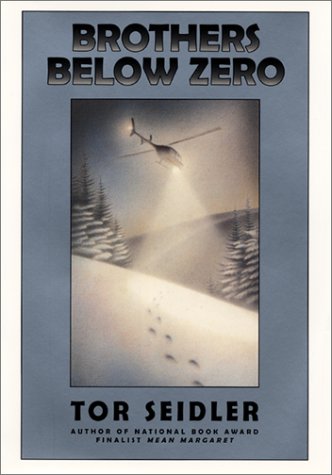 Seidler () injects an action story into this novel of sibling rivalry, with mixed results. Outshone by his younger (and taller) brother at everything from grades to sports to fence-building, seventh-grader Tim Tuttle takes frequent shelter with his beloved Great-aunt Winifred, an artist who's a bit eccentric. She plies Tim with treats, counsels him not to compare himself to others and gives him painting lessons, unlocking an unrecognized talent in the boy. Their relationship supplies the book with its greatest asset and their exchanges make Tim more credible and fully realized than sibling John Henry, a sixth grader. Tim takes her death hard, but feels inspired to paint a portrait of his parents and one of his brother for their Christmas gifts. John Henry, characterized as a two-dimensional villain, ruins the portrait of his parents under the tree by applying warts to his father's nose and adding a mustache on his mother's upper lip. Tim, whom his parents blame for the damage, runs away into the frigid Vermont countryside. Readers may have trouble believing John Henry's sudden change of heart when he sets out to find Tim ("Why had he done such a rotten thing to his brother—his one and only brother?"). The rescue is told in flashback, so both the events and the significance of the clue that leads the police to the boys' whereabouts lose their impact. Seidler's crisp, descriptive prose (Great-aunt Winifred's eyes "were the same faded blue as the sky over Mt. Mansfield") and snappy dialogue help keep the story from bogging down. Ages 8-12.