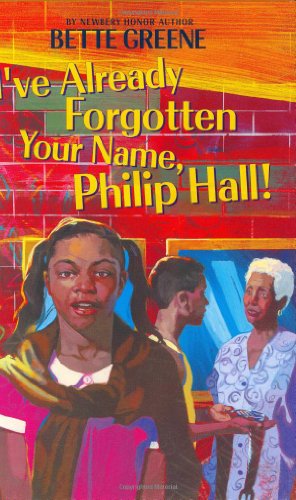 Containing a folksier flavor than Greene's novels geared for older readers ( , this addition to the sequence begun with focuses on small-town rivalry. Spunky heroine Beth Lambert—a loyal resident of the mostly African-American town of Pocahontas, Ark.—creates quite a stir when she claims to have a boyfriend from neighboring Walnut Ridge who can out–arm-wrestle just about anybody. Her intent is to make handsome Philip Hall jealous, but Beth's plan backfires when the whole town gets wind of her story about the imaginary "Tyrone the Cyclone," and the mayor sets a wrestling match between Philip and Tyrone. While citizens prepare for the festivities (and a chance to finally beat Walnut Ridge at a sport), Beth tries to figure out how to confess the truth without losing face. Readers will not doubt for a moment that Beth will find a way out of her pickle, but her struggle will elicit chuckles as well as sympathetic moans. Few writers can do comedy with Greene's panache, as demonstrated in an early scene during which Beth returns from Walnut Ridge and reunites with the members of her club, the Pretty Pennies, who have begun to regret having secretly voted Beth out of office and elected a bossy new president who cares more for decorum than fun. This novel is likely to draw even reluctant readers with its fast-moving action and humor. Ages 10-up.