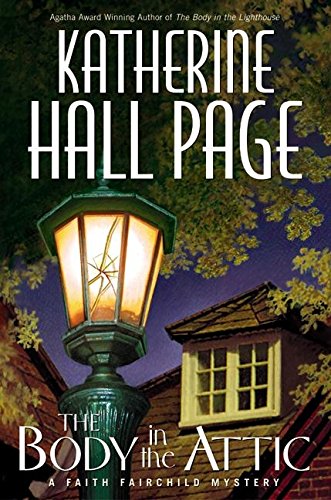 THE BODY IN THE ATTIC: A Faith Fairchild Mystery

In Agatha-winner Page's 14th warmhearted entry in her Faith Fairchild series (after 2003's ), the upscale caterer, amateur sleuth and born-and-bred New Yorker is, to her surprise, reluctant to leave suburban Aleford, Mass., when her minister husband Tom, frustrated and worn-out by day-to-day parish duties, announces that he's going to take a position at Harvard Divinity School for a semester. Soon after the couple settles in at their beautiful temporary home on Cambridge's prestigious Brattle Street, Faith realizes that the darkness and the creepy feeling she has about the old house are due to more than overgrown bushes. A riveting diary found in the house's attic and the sudden reappearance of old boyfriend Richard Morgan, who mysteriously disappeared 13 years before, lead her into an investigation as chilling as a New England winter. If her relationship with Morgan strains credulity at times, the interactions between her and Tom remain realistic and human. As Faith explores the byways of Boston and Cambridge in search of dangerous past secrets, both cities come to vivid life. The tempting recipes at the end for such fare as Butternut Squash Soup and Harvard Squares leave no doubt that a delicious treat is in store for cozy fans.