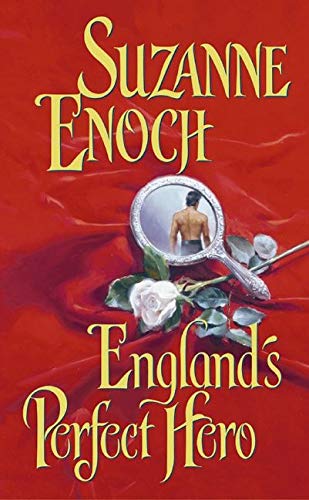 Although the popularity of the historical romance may be waning, writers like Enoch give readers plenty of reasons to return to the genre. With Enoch's latest (after ), which ties up her Lessons in Love series, she delves beneath the superficialities of glittering balls and perfectly tied cravats to focus on the wounds borne by Robert Carroway, a supposed hero of Waterloo but in reality a former prisoner of war who can barely steel himself to converse with his family, much less waltz with debutantes. But a chance encounter with Lucinda Barrett, easy conversationalist as well as regular waltzer, leads him to hope that he could have a normal life. Lucinda, who has her sights set on a duke's fourth son, is surprised when Robert offers to help her gain him, and even more surprised when her encounters with Robert grow more important than the success of her campaign. But her beloved father's dismissal of Robert as "damaged goods," followed by implications that Robert may be a traitor, could stunt his recovery as well as their relationship—unless Lucinda listens to her heart and trusts him. Lucinda's refusal to treat Robert as less than a whole man and Robert's sharp sense of humor give this charming tale depth, and Enoch balances it well with a hearty dose of screwball fun.

The Further Observations of Lady Whistledown