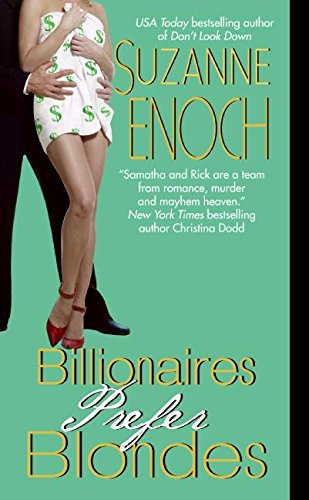 Fans of contemporary romantic capers will eat up the third tale of retired cat burglar Samantha Jellicoe and her British billionaire boyfriend, Rick Addison (following ), who continue to steam up the windows of Rick's posh, Upper East Side New York City townhouse, where Sam has recently begun living. Between sexcapades, the odd couple find themselves in a sticky situation. While Rick wins a prized Hogarth painting at a Sotheby's auction, Samantha spies her father, Martin, "the grand master Jedi of cat burglars"—who's meant to have been dead for three years—lurking in the shadows. Not quite coincidentally, the Hogarth disappears from Rick's townhouse shortly thereafter. When Sam finally catches up with Martin, he has a proposition for her: a piece of the biggest heist he's ever pulled. The only problem is that Martin's working for Interpol, the heist is a setup, and the crew's muscle, Veittsreig, won't take no for an answer. Protective, straight-arrow Rick, unable to keep her out of trouble, decides to tag along for the crime, getting an intimate look at Sam's impressive extralegal skills. Much heavy-breathing sex and suspense follows, making this a winning continuation of a funny, frisky series.