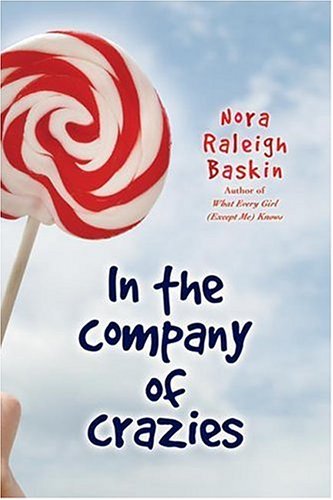 In the Company of Crazies

Based on the same premise as , but aimed at a younger audience, Baskin's ( ) novel follows the experiences of Mia Singer after she is enrolled at a boarding school for emotionally disturbed teens. Mia bears the dubious distinction of being the first female student at Mountain Laurel School, and finds herself surrounded by "crazies." In a first-person narrative, she gives her impressions of fellow boarders, including gentle-giant John, who is autistic; Drew, who stares at her from his window at night and sensitive Billy. Mia's commentary about school is interspersed with reflections about her own life before and after her shoplifting sprees, her grades started to slip and the death of a volleyball teammate. The novel leaves many questions unanswered. There are no epiphanies revealing why Mia's life suddenly went downhill and what she needs to do to get back on track. Nonetheless, readers will sense that by the time she leaves Mountain Laurel, Mia has gained a better understanding of herself and her world and is prepared to face new challenges. More than the situations that led to Mia's lapse and recovery, readers will remember the distinctly drawn, vibrantly colored characters making cameo appearances throughout the story. Ages 10-up.