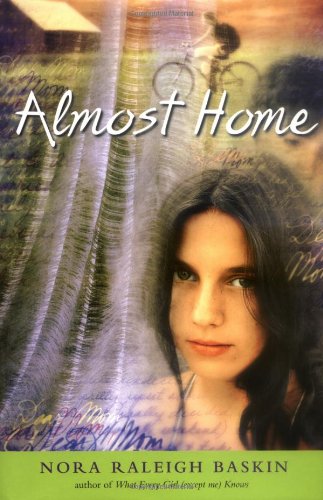 Baskin reprises many elements of her first novel, , in this less dramatic but still poignant story. Sixth-grader Leah, the narrator, has an exceptionally complicated family history, to the extent that she does not fully disclose her real circumstances until midway through the novel. Readers gradually learn that she has been returned to the custody of her father when Karen, her "mother" (in fact, her stepmother), abruptly moved to California with her new boyfriend and Leah's half-sister, Anne. Rather than dwelling on the complex, ultimately unanswerable questions of why Leah was left by her father (after his divorce from Karen) and then by Karen, the author focuses on the day-to-day conflicts Leah experiences in a new household. Without Anne, and without her personal belongings (which were not moved to her father's house), Leah feels bereft, and she finds it particularly difficult to warm up to her father's new wife, Gail, a lawyer turned perfect housewife and the complete opposite of Karen. An exceptionally kind boy named Will reaches out to Leah and, as their friendship blossoms, Leah begins to accept changes one step at a time. The supporting characters—Will and Gail among them—seem a little too good to be true, and yet Leah herself is so convincing and stirring that readers will want to believe she has landed among such stalwart, caring people. Baskin's delicate exposition of emotionally fraught terrain will likely evoke strong responses from her preadolescent audience. Ages 10-13.