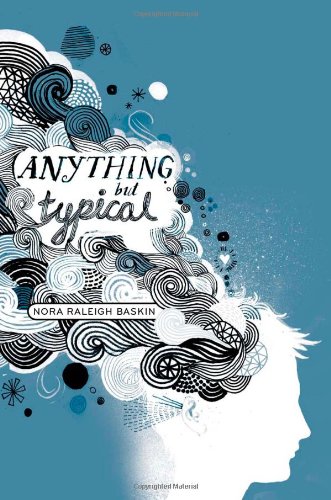 Baskin ( ) steps into the mind of an autistic boy who, while struggling to deal with the “neurotypical” world, finds his voice through his writing ability. Though Jason initially seemed a prodigy, by third grade he had fallen behind academically, and his parents reluctantly had him tested (“A year later the only letters anybody cared about were ASD, NLD, and maybe ADD or ADHD, which I think my mom would have liked better. BLNT. Better luck next time”). Now in sixth grade, Jason still has behavioral difficulties, but is passionate about his writing and actively posts stories in an online forum. There he strikes up a friendship with (and develops a crush on) a fellow writer, though he becomes distraught when he discovers they will both be attending the same writing conference. The first-person narration gives dramatic voice to Jason's inner thoughts about his family and his own insecurities, even as he withholds details (usually about incidents at school) from readers. Jason's powerful and perceptive viewpoint should readily captivate readers and open eyes. Ages 10–14.