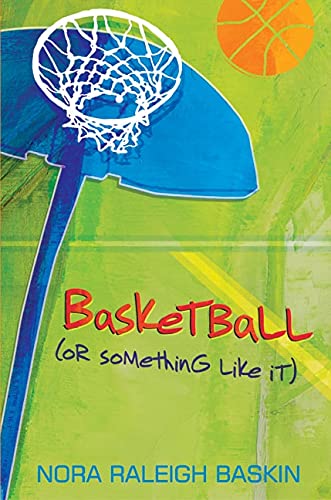 Anyone who has experienced the pressures of being a part of a traveling sports team can identify with the characters in this contemporary novel set in an affluent community. Here, Baskin ( ) spotlights three members (and the little sister of a fourth) of the not-so-successful North Bridge Panthers, a sixth-grade travel basketball team, who express their worries and hopes both on and off the court in alternating third-person narratives. Some team members, like Hank, play ball mostly to please their parents. Others, like Jeremy (who lives with his grandmother after being abandoned by his father) and Nathan (whose uncle turned to drugs after playing pro ball) set out to prove something to themselves by joining the team. Then there's Anabel, a gifted basketball player herself, who sits in the bleachers and offers readers a wider perspective through her observations of some rather nasty exchanges among players, refs, coaches and parents. Enduring a series of humiliating losses, a string of coaches who quit or are fired, and irate mothers and fathers, the North Bridge team gets little opportunity to improve their skills, but they do learn something about friendship, trust and loyalty during the course of the season. Without coming off as heavy-handed, this highly accessible novel takes a hard, honest look at society's obsession with sports and its effect on young athletes. The author's gentle criticism of elitist leagues, coaching ethics and overzealous parents will leave a lasting impression on readers. Ages 9-12.