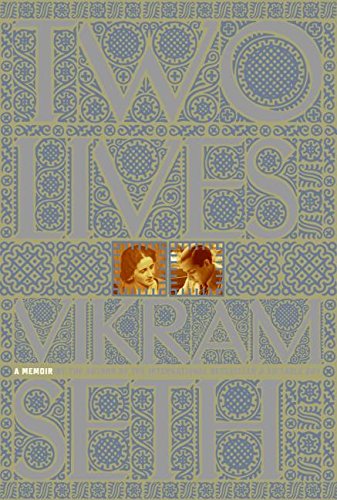 In 1969, Seth, 17, came from Calcutta to London to continue his education and to stay with his Shanti Uncle and Aunty Henny. Their relationship became warm, and it is their stories (as well as his own) that Seth ( ) tells in this wide-ranging, unpredictable and moving account. Shanti was Seth's grandfather's brother, a dentist who studied in Berlin, lodging with Frau Caro, whose daughter, Henny, was in love with someone else. He left for Britain in 1936 because he couldn't practice in Germany, but in 1940, as war broke out, he enlisted, served throughout and lost his right arm in combat, a calamity for a dentist. Meanwhile, Henny, a German Jew, arrived in Britain weeks before war was declared, leaving her beloved mother and sister behind to death camp murder. "Vicky" interviewed his great-uncle at length, and part two of his narrative focuses on Shanti. Part three, Henny's story, even more unusual, is based on a trove of remarkable letters she received and wrote (she often kept carbons), many to friends in Germany during the war. Part four examines their marriage (they didn't marry until seven years after the war), and part five details a family mystery about Shanti's will and Seth's complex but beautifully lucid summation of his research into these lives. This lovely book, "memoir as well as biography," examines great and fearful events seen through extraordinary lives. In clear and elegant writing, Seth explores the macrocosm through the microcosm, resulting in a most unusual, worthwhile book. 3 8-page b&w photo inserts. .