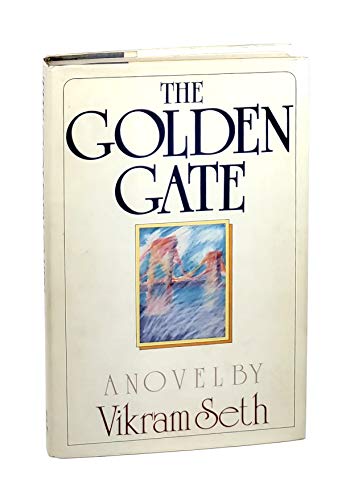 While the idea of a novel in verse may be initially off-putting, readers of this tour de force are in for a treat. Using the sonnet form throughout, and varying his language from lyrical elegance to timely vernacular, Seth's tale of four California Yuppies is as fully dimensional as a good novel, and twice as diverting. In this witty, compressed style, he gives us fully delineated characters: John, a Silicon Valley executive seeking solace in a meaningful amatory relationship; his friend and ex-lover Janet, an artist and musician in a raucous rock band; Liz, a vivacious Stanford law grad whose parents produce superior California wine; her brother Ed, floundering between sin and religion; and John's pal Phil, abandoned by his wife and left with his son, his moral vision and his scientific career at Lungless Labs, a scene of antinuclear protests and rallies. It is an engaging story of the pangs and passions of love, interlaced with serious ruminations on homosexuality and religion and on the future of the earth in the atomic age; and some comic sallies on feline behavior, bumper stickers, responses to ""personals'' ads, and other facets of the contemporary scene as refracted through the California lifestyle. The bard does not hesitate to interrupt his story from time to time, to explain a change in the course of events or to comment upon the structure of his narration, as he defends himself against critics who would accuse him of folly in writing an entire novel in the sonnet form. Inspired by ``the marvelous swift meter of Pushkin's Eugene Onegin,'' Seth (From Heaven's Lake performs imaginative acrobatic jests, quips and puns, delivering his social commentary with spirit and verve. In spite of some passages where he veers toward the maudlin and bathetic,Seth's experiment is a resounding success. 25,000 first printing; author tour. (April 14)
close
Details