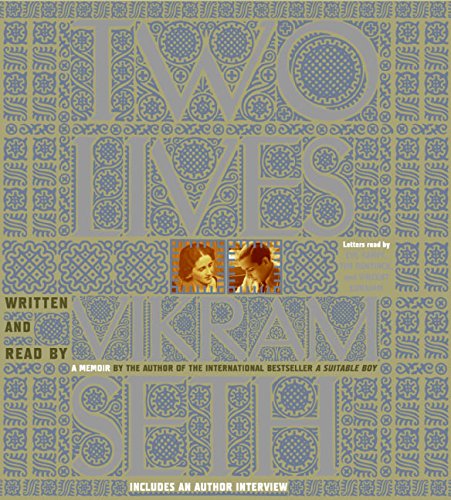 Although listeners miss seeing the dozens of photographs in the print book that allow a person to visually study the principals of this wonderful double biography, audiobook fans are in for a rare but satisfying treat of their own: an author who can read his own work in a compelling and palpable manner. Seth is an excellent reader and his supporting cast of four, who read the numerous letters written to and by the main characters, Seth's great aunt and uncle, do a phenomenal job of bringing the written page alive. The entire package (except for the missing photos; how hard would it be to include a little booklet of them?) is of the highest caliber. Even the music that introduces the sections is fine enough that the composer is credited at the end of the book. Another bonus is a short interview with the author (although it does not provide much more insight than a listener has already gathered). The one complaint is that the four other readers are not appropriately credited for their individual roles, rather than receiving the blanket credit "letters read by."