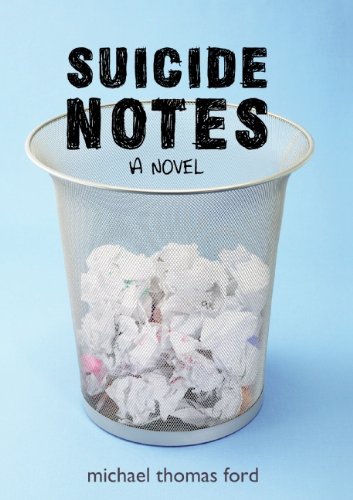 Teens in a psych ward populate a novel that overcomes a predictable beginning to make a powerful emotional impact. Regaining consciousness after an aborted suicide attempt, the 15-year-old narrator thinks his parents have “overreacted” by placing him in a 45-day program in the “nuthouse” (“you know, where they keep the people who have sixteen imaginary friends living in their heads”). Readers might need patience as Jeff, the protagonist, goes through a period of denial, delivering sarcastic answers to his shrink, Dr. Katzrupus (Jeff refers to him as “Cat Poop”) and holding himself aloof from the four other patients. But as Jeff begins to form relationships with these teens, Ford's ( ) own strengths emerge: his characterizations run deep, and without too much contrivance the teens' interactions slowly dislodge clues about what triggered Jeff's suicide attempt. That Jeff's recovery depends on realizing and accepting that he's gay isn't explicit until the novel is almost over, that this novel goes beyond gay issues to address broader questions of identity is clear all along. Ages 14–up.