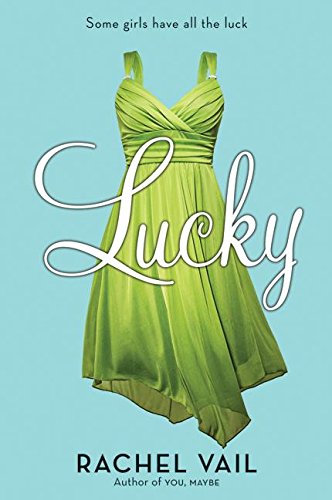 Vail ( ) again demonstrates a penetrating insight into the concerns of young teen girls, this time upending the conventions of the rich-girl novel. In the first of a trilogy about three sisters, 14-year-old Phoebe, the appealing narrator, and her two older siblings have been coached to view themselves and their über-successful investor mother as Valkyries (“Nobody—nothing—can intimidate us. We will never back down; we will never surrender,” their mother tells them over breakfast). Less a Valkyrie than a people-pleaser, Phoebe has joined her best friends to plan a lavish eighth-grade graduation party, for which Phoebe has picked out a Vera Wang gown. But when her mother gets fired abruptly for what could be shady dealings, Phoebe is forced to think about money for the first time, and to wonder how much effect it has on her friendships and popularity. Vail gets the relationships exactly right, from the shifting twosomes among the sisters to the changing attitudes among the eighth-grade friends and their parents, and most especially, the shifts in behavior within her protagonist. Readers will absorb this in one fell swoop. Ages 12–up.