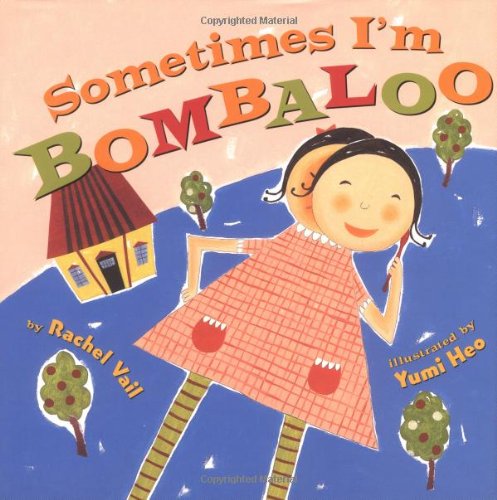 Emotions bubble over in this wise picture book about how a child deals with anger. Katie Honors is a self-described "really good kid," generally obedient, kind and conscientious. But occasionally her baby brother's penchant for wrecking her building-block castles sends Katie over the edge: "Sometimes I'm Bombaloo," she explains about her furious alter ego. "I show my teeth and make fierce noises.... I use my feet and my fists instead of my words.... I want to smash stuff." Obliged to "take some time for myself and think about it," Katie calms down and realizes, "I'm sorry and a little frightened." Vail (; the Friendship Ring series) speaks knowingly to both young children and parents, emphasizing love and patience. Her kid-friendly phrasing and language add immediacy and some humor to the proceedings. Much like Betsy Everitt's , this book's message—that it's normal, if scary, to lose control sometimes—is clear, and emphasized in a most satisfying way. Heo's () highly patterned mixed-media illustrations, alternately warm and perky, use vibrant backgrounds, blocks of color and carefully chosen images to depict Katie's emotional tornado. Memorable scenes include Katie seated against a stark black background during her time-out, and an up-close view of her in the throes of a Bombaloo moment. Ages 3-up.