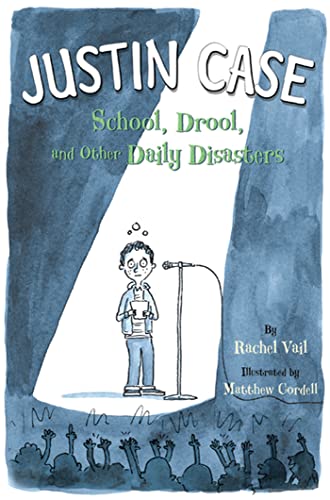 Vail, who collaborated with Cordell on the picture book , creates an endearing portrait of a third-grade worrywart in this slice-of-life novel written in diary form. At the onset of the school year, Justin K. (later nicknamed Justin Case) is plagued with concerns about his new teacher, his new haircut, and the possibility of losing his best friend (“because she is a girl and I am a boy”). Some of his anxieties prove to be unwarranted, and the year offers surprises both good and bad. After battling loneliness (when his favorite stuffed animal is misplaced) and fears (about getting beaten up and having to climb the rope in gym class), Justin realizes he has attained his third-grade goal of becoming “a little braver this year.” If the young hero's mishaps go on a bit long, they are universally recognizable and distinguished by observations and details that consistently ring true, from being told to “shake it off” on the soccer field to the horrible realization that all the “good kids” got put in the other class. Final art not seen by . Ages 7–9.