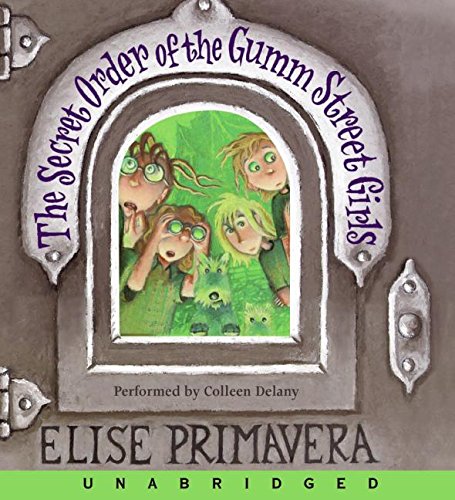 Though her voice here is predominantly melodic, Delaney pleasingly musters a bit of acid (of the 10-year-old girl variety) as well as a sense of mystery befitting Primavera's quirky, magic-tinged adventure. Ivy and her mother, cursed by seven years' bad luck (brought on by a broken mirror), move to a relative's spooky old house on Gumm Street in the idyllic candy-colored town of Sherbet. Ivy is initially jazzed at having girls her own age around until she finds out that new neighbors and classmates Pru, Cat and Franny already dislike each other and seem to dislike her. But the girls are brought together for a most mystifying and entertaining journey (à la L. Frank Baum's Oz) when Ivy discovers the ruby slippers worn in the original Hollywood production of at the home of her 122-year-old piano teacher, Mr. Staccato. The blend of action, fantasy, humor and real-life girl behavior will have listeners eager for Primavera's next installment to this planned series. Ages 8-up.