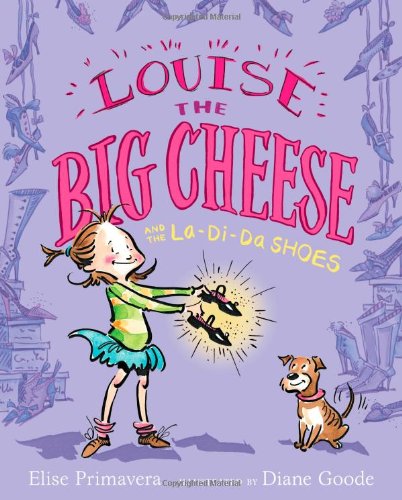 Louise the Big Cheese and the La-Di-Da Shoes

In her second appearance, Louise longs for a pair of “La-di-da shoes,” to make people think she “lived in a mansion, wore gold underwear, and had two ponies in her backyard.” But she's thwarted at every turn: her older sister won't share her shoes, and Louise's mother buys her a pair of everyday treads. Following a tiff with her friend Fern, Louise learns the value of comfortable footwear. Blithe artwork makes the lighthearted moral easy to swallow. Ages 5–up.