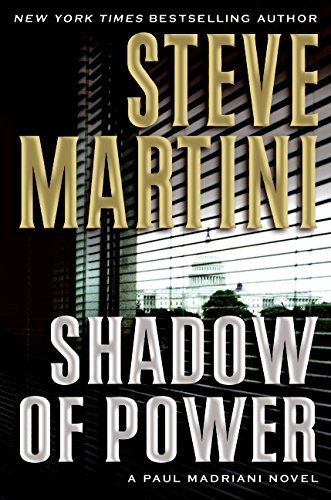 Bestseller Martini's entertaining ninth Paul Madriani legal thriller (after 2005's ) offers an improbable if intriguing premise. San Diego, Calif., attorney Madriani and Harry Hinds, his longtime partner, agree to represent Carl Arnsberg, a racist facing execution for the bludgeoning-by-hammer murder of author Terry Scarborough, whose nonfiction bestseller, , has actually led to riots in the streets. Scarborough focused the U.S. public on the retention in the Constitution of offensive language defining African-Americans as three-fifths human, despite subsequent amendments overriding those statements. He intended to follow with a sequel that would reveal the existence of a secret letter written by Thomas Jefferson whose contents Scarborough believed would prove even more incendiary. Madriani and his team race frantically to trace a copy of that letter, which disappeared from the victim's briefcase at about the time of his murder. Compelling courtroom scenes, which display a sophisticated knowledge of legal trench warfare, compensate for some less-than-credible plot twists.