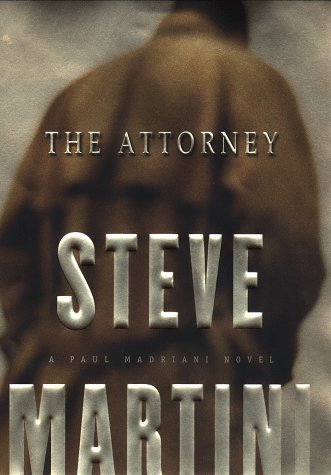 The tireless Paul Madriani, Martini's popular lawyer/sleuth (The Judge; Compelling Evidence), barely has a chance to hang a shingle in San Diego--where he has moved to be closer to his lover, child advocate Susan McKay--before he is sucked into another engrossing court battle. When Madriani takes on elderly Jonah Hale's case, it seems at first he is dealing with a simple kidnapping. Hale's granddaughter, eight-year-old Amanda, under Hale's custody, has been whisked away by Zolanda Suade, who runs Vanishing Victims, an organization that purports to rescue kids from abusive situations. Now Suade is falsely accusing Hale of molestation to justify returning the girl to her mother--Hale's drug-addled, ex-con daughter, Jessica, who's never shown any interest in raising her child. Suade apparently has an ulterior motive: keeping Amanda in hiding until she can extort a hefty ransom from Hale, who recently won $87 million in the state lottery. Before Madriani, with Susan's expert assistance, can get far in his investigations, Suade is found shot to death, and Hale, who had plenty of motive to kill him, is arrested. Madriani is increasingly overmatched by a dogged prosecutor. Worse, those assisting Madriani in Hale's defense keep getting murdered, and Madriani may be next in line. Except for the occasional cliche (bodies lined up ""like cordwood,"" minds ""like steel traps""), Martini's prose shows marked improvement. Crisp dialogue and tart observations about legal maneuvering distinguish his courtroom scenes, and the new setting, San Diego, is colorfully rendered. It's a shame that the otherwise cleverly conceived plot falters in the homestretch with a poorly concealed twist that most readers will see coming well ahead of time. Mystery Guild main selection, Literary Guild and Doubleday Book Club selections. (Jan.)
close
Details