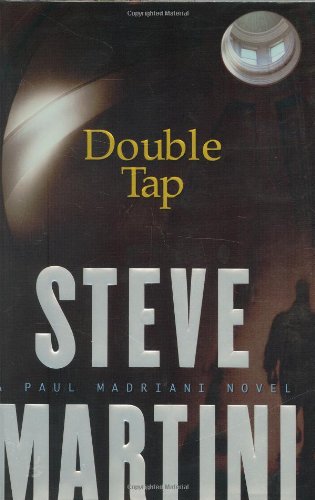 In veteran Martini's exciting eighth legal thriller starring Paul Madriani (after 2003's ), the San Diego defense attorney takes on yet another especially difficult case. When Madelyn Chapman, the owner of a computer software company that sells a controversial security program to the U.S. government, is found shot twice in the head in her La Jolla home, the closeness of the bullet wounds indicates a "double tap," a feat typical of a highly skilled military marksman. Army Sgt. Emiliano Ruiz, a 20-year vet who served in Panama and the first Gulf War and who freelanced as a security guard (and occasional sex partner) for Chapman, is arrested for the killing. After the flashy defense lawyer originally in charge of the case quits, apparently under pressure, the more compassionate and less publicity-minded Madriani and his partner take it on. Ruiz turns out to have a seven-year gap in his résumé: was he in fact doing dirty work for Special Ops? And can Madriani find out his secrets in time to keep the sympathetic soldier from life in prison? The compelling plot builds to a conclusion that should surprise even longtime fans. . .