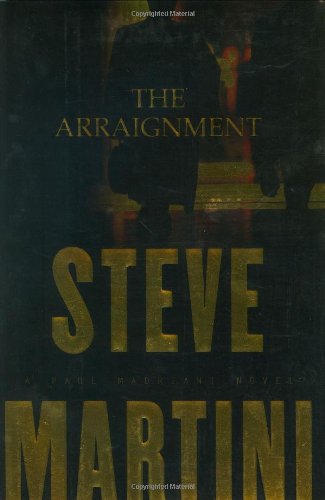 Someday, someone may convince Martini or his publishers to come up with book titles that have a little more zip or at least relevance to the plot. Fortunately, the books themselves don't suffer from the same lack of inspiration. Martini's seventh series entry starring San Diego attorney Paul Madriani is one of his finest. It not only showcases Madriani as a man of maturing wisdom, but also as one who hasn't lost too much youthful vigor. Here, his client is the lithesome Dana Rush. She is the trophy wife of Madriani's good friend and fellow lawyer, Nick Rush, who is gunned down outside a downtown courthouse as the novel begins. In taking the case, Madriani feels an obligation to his friend; he wants to make sure Dana gets her just life insurance proceeds. But Madriani is equally as interested in investigating the events surrounding Nick's murder. What he finds—related deaths, drug smuggling, shady land deals and conniving law partners—takes Madriani on an unwholesome tour of Nick's final few months. The case leads Madriani and his law partner Harry Hinds to Mexico, where the action culminates in violence atop a Mayan ruin. Readers may have trouble tying it all together at the end, and they won't be too surprised at the identity of the villain. Yet along the way, Martini shows a deepening talent for character and description, which should put this popular series on continued solid footing for the future.