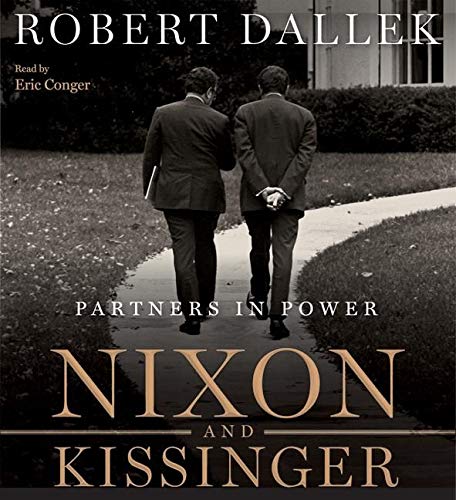 Nixon and Kissinger: Partners in Power

This abridged version of Dallek's study of the relationship between a president and his powerful secretary of state is read with precision by Conger. Dallek approved the audiobook's abridgment, which hits the high points of his 750-page doorstopper. Conger hints at imitating the deeply familiar voices of Dallek's twin protagonists without sliding into all-out parody. He drops his voice to a semigrowl for Nixon and adds a muted Central European flavor for Kissinger. For the most part, Conger hits the expected notes, emphasizing and underlining Dallek's narrative with understated flair. Those expecting spine-tingling excitement from the meeting and collision of these two powerful, ultimately destructive political forces may be disappointed by Conger's staid reading, but its allure lies in its solid, unobtrusive nature. Conger pulls listeners into Nixon and Kissinger's struggle by ceding center stage to them.